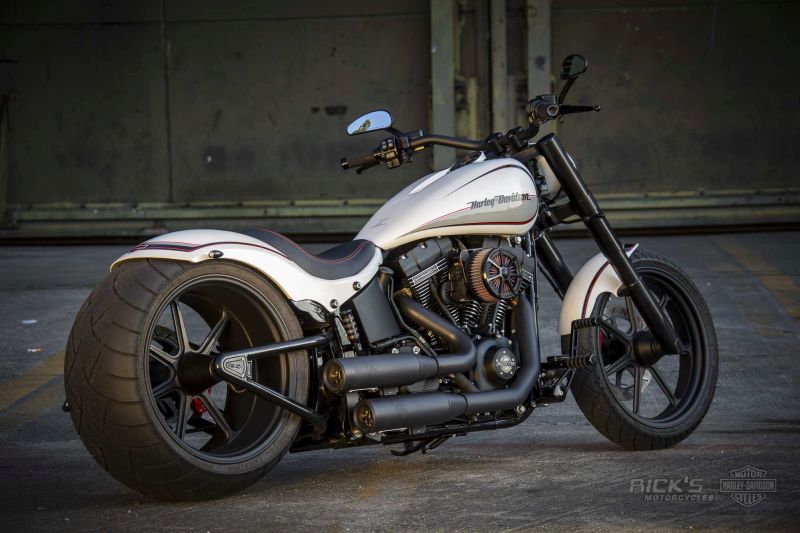 Bevor the Twin Cam models disappeared from the Harley-Davidson portfolio, the Company delivered a real gem with the Fat Boy Slim S. Without doubt the Slim models are the most sought after, and with the additional “S” even more so.

Rick’s Motorcycles has many custom parts in their program especially developed for the Softails, starting with the swingarm kit, with which in this case a proud 300 tire was centered in the frame, plus the rear fender in matching width, the stretched tank with inserted tachometer, foot controls or air filter. Rick’s trendy wheel designs are available for almost all Harleys anyway, and in this case wheels in the “Seven Sins” design were chosen.

Last year we built a Softail for a customer which was similar to this one, and since it was all in white, we named it Holy Virgin. Some liked it, but thought it would look better in black, and others liked it because it was all white. The lucky owner was, of course, part of the second group. That was his dream bike, all in white, with only a few color accents of fine red and black lines. A little later his Slim rolled into our workshops and we gave it a Rick’s Motorcycles treatment.

The probably most complicated job was implanting the new swingarm. The bike was supposed to roll on a 300 rear tire, and that is without doubt a typical Rick’s speciality. Rick’s offset swingarm was especially developed for Softails and is a bestseller that has been used many times and sold as a kit in the whole world. With this kit it is no problem to position the tire centered into the frame. If you know a little bit about it, you will know that this is the only way to corner with the bike. But a wider tire also means that the stock wheel cover is too small. At Rick’s they make complete rear fenders for various models in all necessary widths. In order to perfect the lines, the tank was elongated with a soft curve. The instruments are now at the end of a cut-out in the tank. The extremely flat look of this bike is due to the airride system, with which the whole bike can be lifted and lowered at the push of a button.

Wider tire equals wider rim, and Rick’s has many different designs and varieties in stock. The pair used here are the “Seven Sins” design with 1-piece forged wheels, which were coated in black. The front end also deserves another look as the “Good Guys” fork, including the triple tree, was also made in Baden-Baden and can be found in Rick’s program.

Then a few accessories were added and formed the basis for a real “looker”, including Rick’s grips and the adjustable brake and clutch levers, Rick’s forward controls for Softails, Rick’s air filter and many other small details. Not from Rick’s, but nevertheless great, is the Kesstech exhaust system, which has an EU-ABE certificate and is legal on the roads. Thanks to an electronically adjustable flap system the noise can be adjusted to suit preferences. 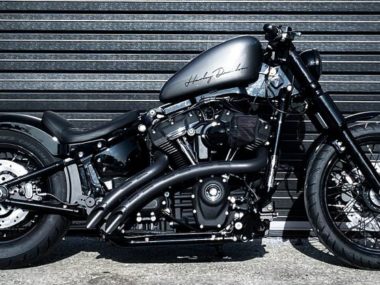 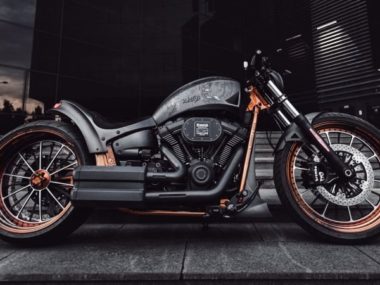 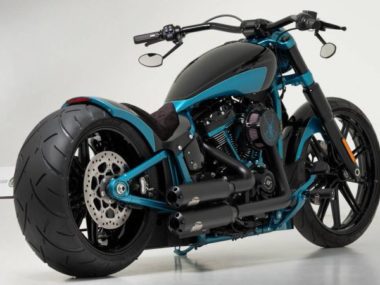 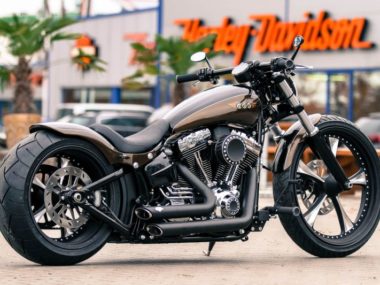 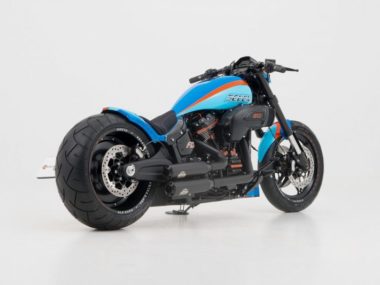 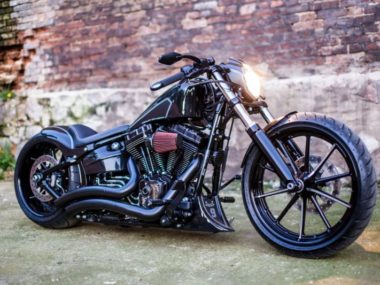 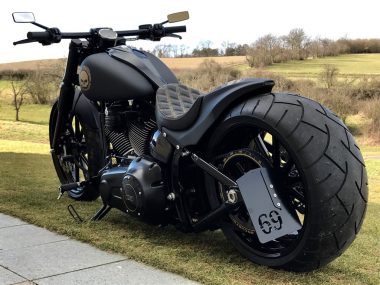 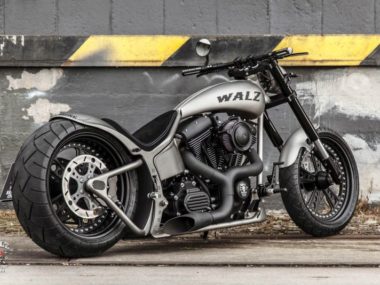 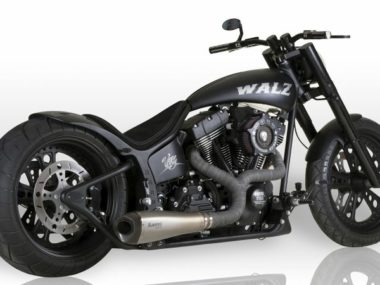