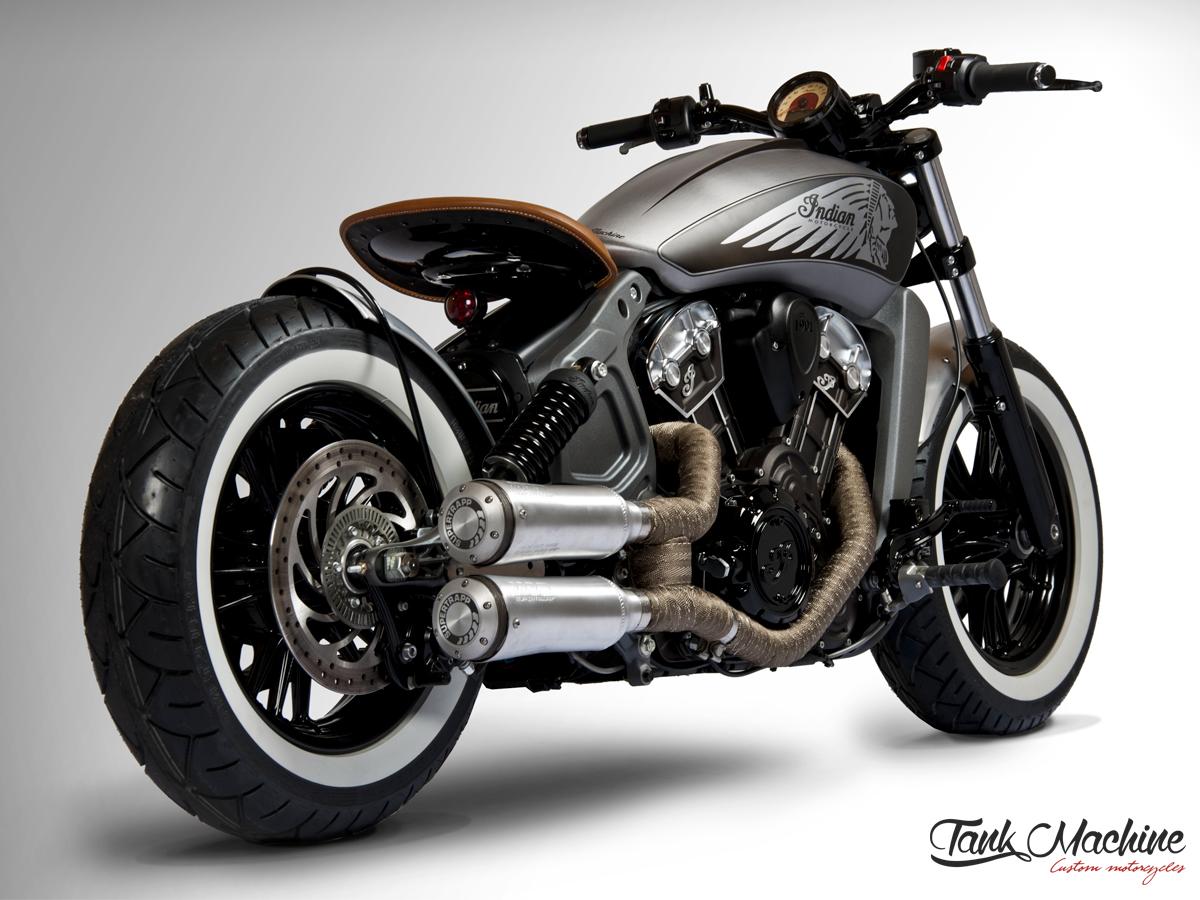 This motocycle was made one month ago on the occasion of the, “WorldMotor bike show in Paris”where it was bought directly. The specification was simple : To give a new naked look to this Indian Scout. The outline starts with an original tank with raw metal state with the Warbonnet logo, a brown leather solo seat by Indian motocycle and a removing original mud guards replace by two lick wheel brushed aluminium. The driving position has had advanced thanks to a straight handlebar and several metal or matt black elements replace the chrome parts. To finalize the project , both silent supertrapp aluminium are placed on the original line covered with thermal band to give a tone up to the look of our Scout Tank Machine. 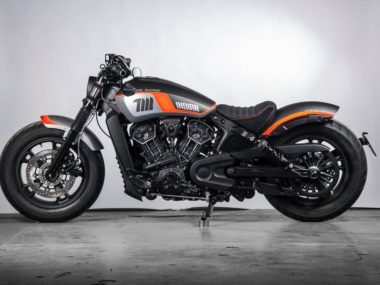 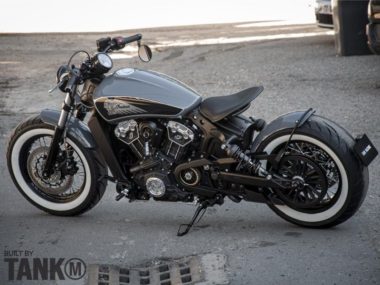 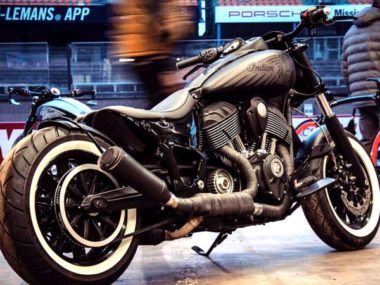 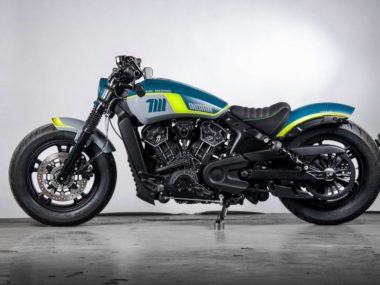 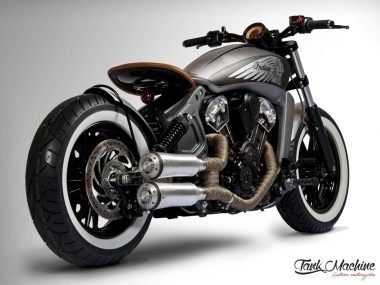 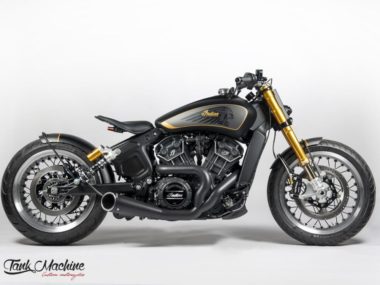 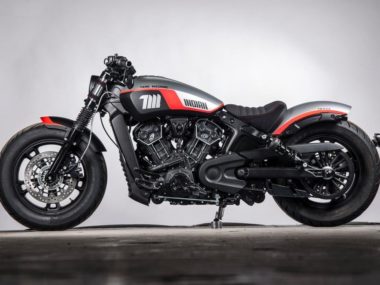 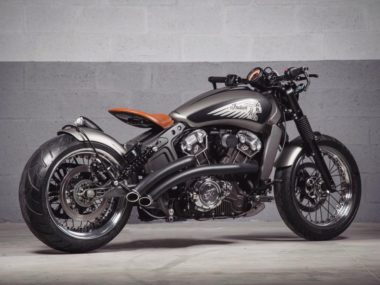 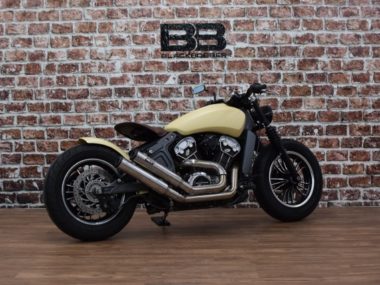 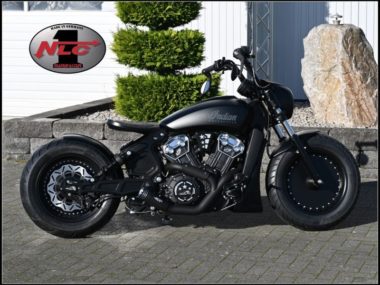 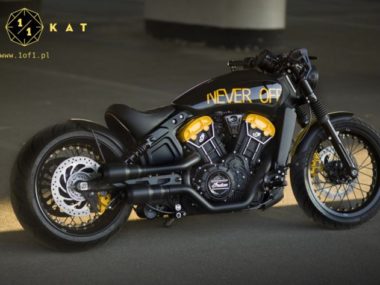 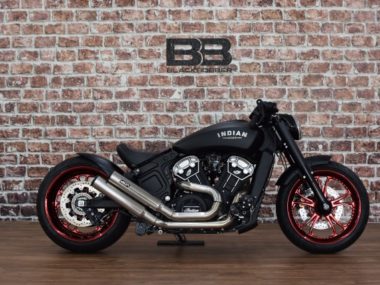 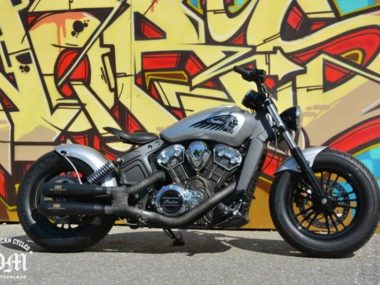 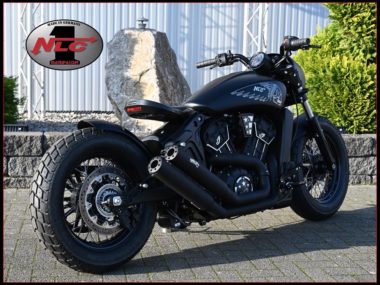 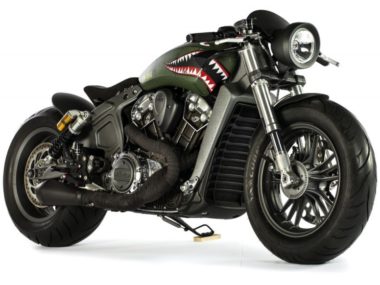 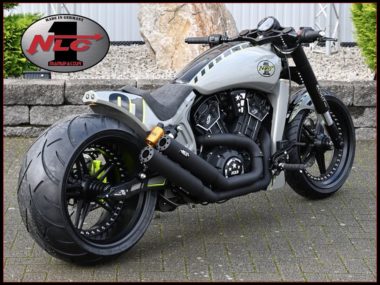 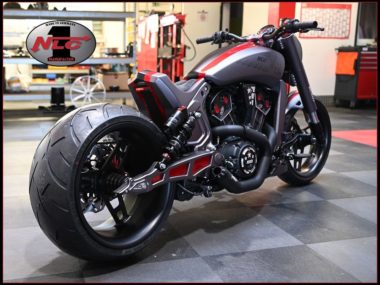 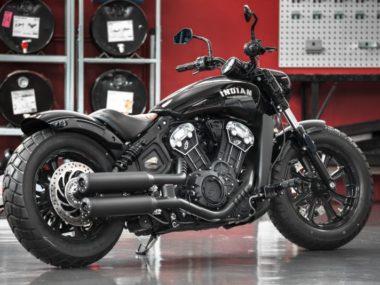