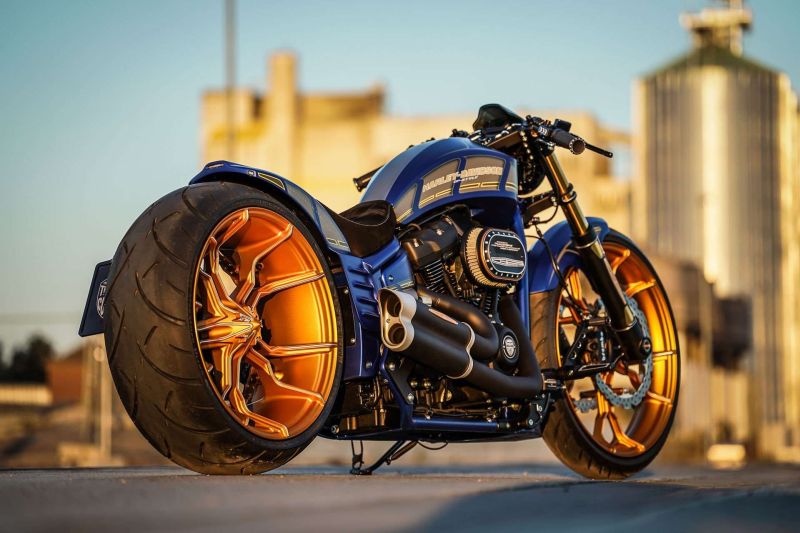 A custom bike for all guys (and girls) who love to let it crack was the task we were asked. Thus (hardly to believe) the design of this bike was not in the first place, because it was in the development with priority to the best possible driving dynamics. So back to the roots, because Andreas was in his element here as early as the 80s and 90s and made the then super sports cars fit for the race track with targeted modifications. Enough experience was there to venture on such an unusual basis for the circuit.

Not only dreamlike at the pit stop, but also visually a very special highlight is the newly developed swing arm, which is now milled from aluminum. This makes it not only much lighter than its predecessor models made of steel, but now also extremely resistant to torsion due to its new profile. Furthermore, our monoblock wheels have been completely redesigned. Each superfluous gram has been reduced, which is especially noticeable when changing direction. Our well-known TB-R tank also lost a lot of weight because it is now also made of aluminum instead of steel.

That’s not all we’ve thought up for this bike together with Hyper Pro a matching suspension, which was installed in place of our Air Ride. Sporty, taut with perfect responsiveness and precisely adjustable over all areas, these spring elements bring with them the necessary performance that one desires for a sporty gait. Also in terms of engine should be left nothing to be desired. That’s why we helped him a little bit. The complete Screamin Eagle Racing program with 117cui now provides proper propulsion that we braked with forward radially bolted Brembo calipers and our huge floating brake discs before the turn. All these are the best assets to let it crash with the Mugello. We have left a small dedication to our wish pilot for the first race track test on the front spoiler! www.thunderbike.com 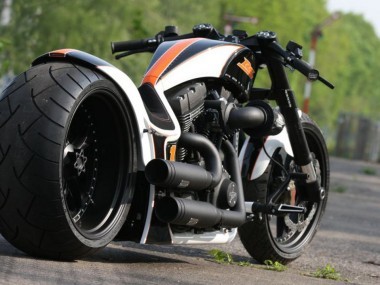 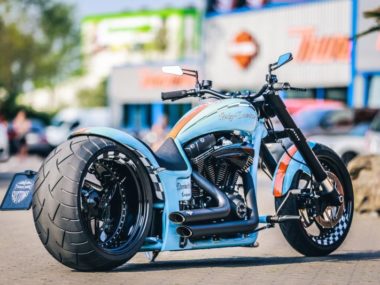 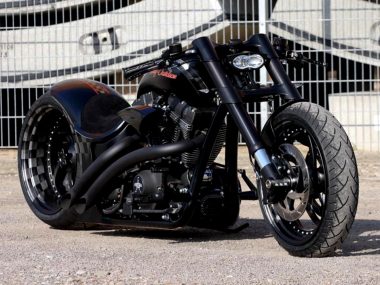 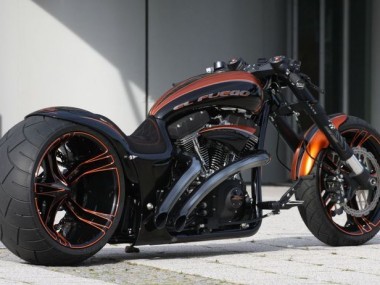 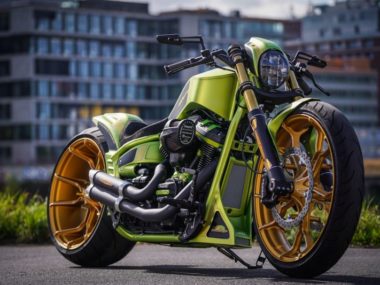 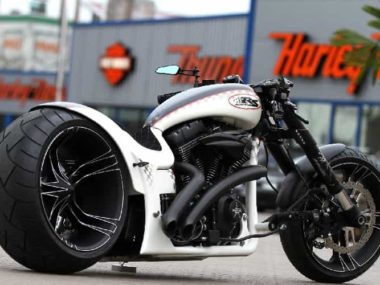 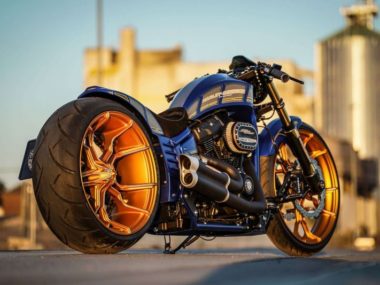 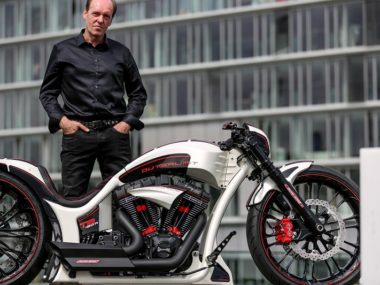 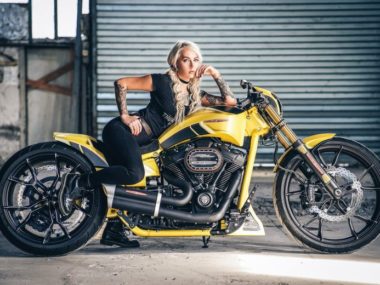 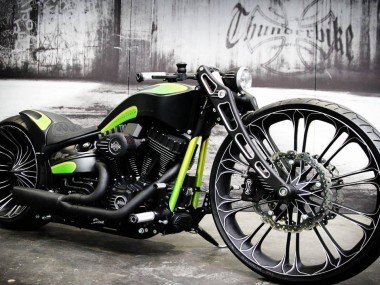 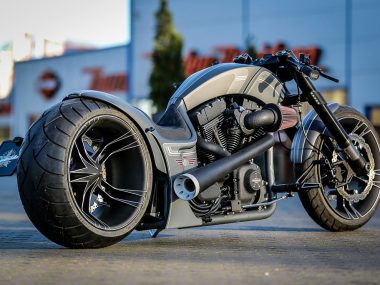 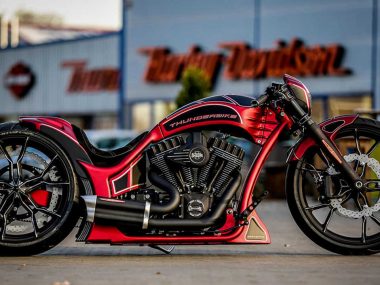