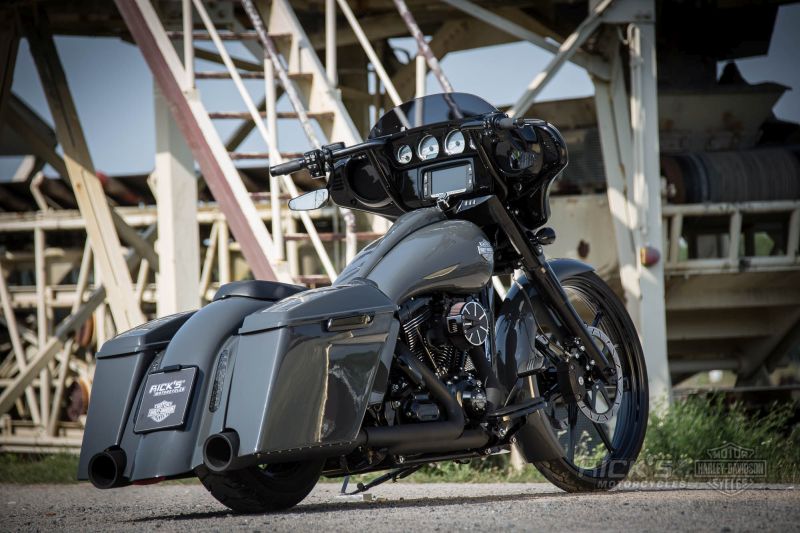 < BACK TO RICK’S MOTORCYCLES

By now there is a large parts programme available at Rick’s Motorcycles specially developed for Touring models. If you want to have an individual and stylish appearance you should look at the in-house created Street Glide conversion from Baden-Baden.

Apart from the 3.5 x 26 inch front wheel in filigree “Seven Sins” spoke design, this grey Street Glide interpretation has quite a lot more to offer. The touring cases in combination with the new rear wheel covers, compared to stock, are far more conclusive, which is further supported by the elongated tank and the side fillers. The bug spoiler at the front closes the gap between wheel and downtubes.

A more relaxed position is achieved by Rick’s touring handlebar, which, with a height of a moderate 330 mm, allows a comfortable upright sitting position.

A list of the most important parts and modifications on the Street Glide is available by clicking the parts list on the right in the picture. For further questions, a click onto the question mark is enough.

Large front wheels have, especially on Tourers, a big effect and provide you with a fun riding experience. Contrary to what people might say, it is not enough to just put a bigger wheel on. A larger diameter would lift the bike up at the front and otherwise affect the trailing negatively. For optimal ride performance, on the straight and in bends at all speeds, a lot more needs to be done.

At Rick’s, for the different wheel dimensions different kits were developed, which are also TÜV approved. For this a new handlebar head is mounted in addition to a Rick’s 9-degree triple tree, which compensates for the larger wheel diameter. What sounds so easy, is in reality a difficult and time-consuming operation.

The tank plays a big role when designing a bike. Even if the layman only notices it at a second glance, the shape of the reservoir influences the whole silhouette. Rick’s expert sheet metal workers have developed a tank design which, with its design, optimizes the whole lines of the bike. In this way the tank spans with a slight bend over the cylinder heads and seems to be going over into the seat seamlessly.

What would be a Tourer without bags or cases? And what would be a Tourer from Rick’s if it wouldn’t have two beautiful examples? No question, therefore, that also this Street Glide has a case set made in-house. Rick’s cases fit the OEM case lids as well as the latches, and at the front Rick’s side fillers ensure a perfect line.

Thanks to Rick’s rear wheel covers for Touring models the rear view is now perfectly acceptable. The cut-outs are ready for CVO rear lights, and with Rick’s machined license plate base plate, even the number plate becomes a design part.

There is lots more that could be said about the various parts, e.g. the Touring handlebar, with Rick’s adjustable levers and Rick’s grip set, the TÜV approved air filter or the adjustable exhaust system. 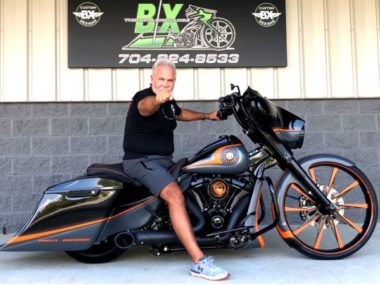 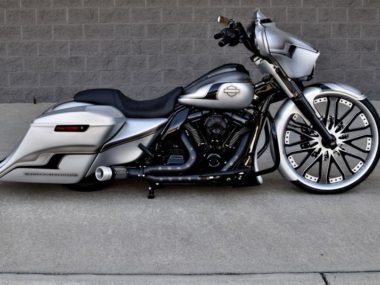 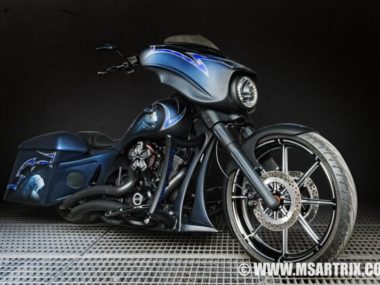 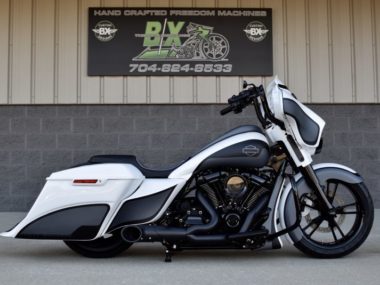 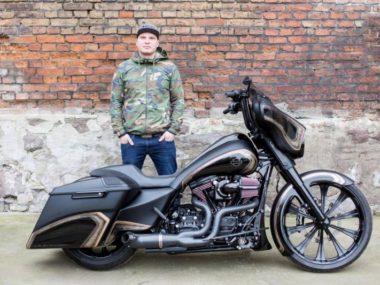 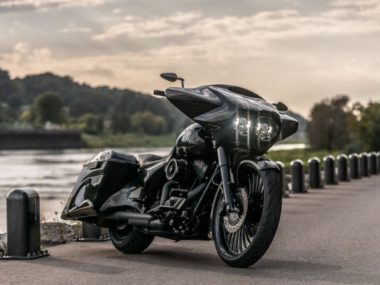 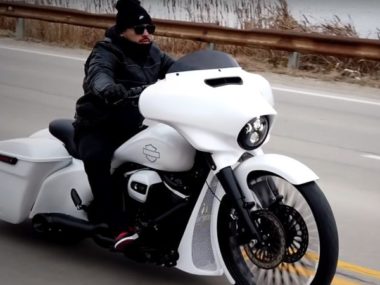 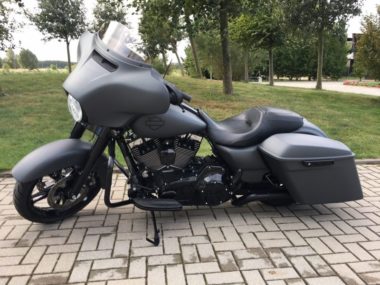 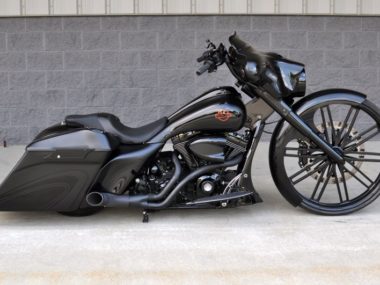