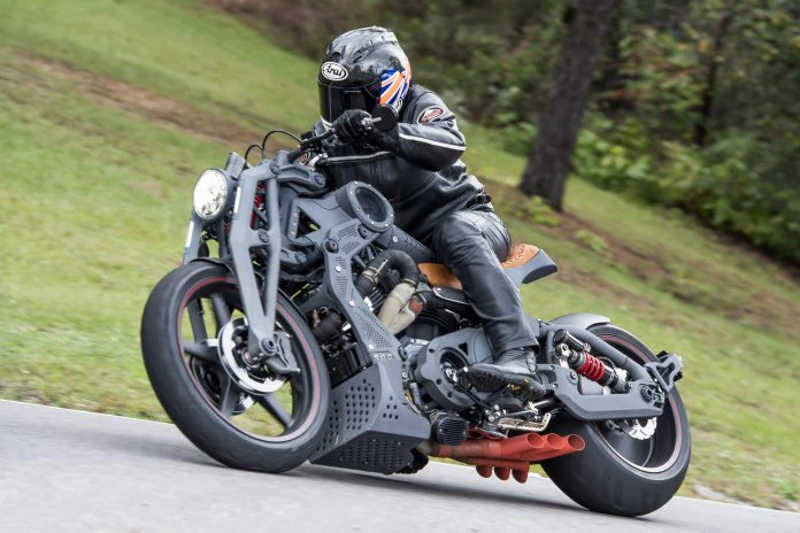 ​In August 2016, the Confederate team took a race-spec P-51 Combat Fighter to the famed Bonneville Salt Flats. The P-51 achieved a top speed run of 164.95 mph on very slippery salt.

With it’s race-spec suspension components and exhaust system, and a newly designed air intake system informed by these Bonneville speed runs, the FA-13 COMBAT BOMBER is the direct result of the P-51 land speed bike.

The FA-13 Combat Bomber is the most powerful motorcycle ever produced by Confederate. You could argue it’s also one of the most aggressive as well – thanks in part to a monocoque frame made from 100 percent military-spec billet and a stealth-matte anodized finish.